The ability to write is one of the main and most helpful skills people gain from primary school. It is a huge factor in getting to know and making sense of the world. Despite, learning how to read doesn’t mean knowing how to compose. Students who can read and write continue to gain this knowledge all the way up to graduating, like post-graduates who go on to earn additional degrees through writing. It is a capability that takes effort and time.

Reading and writing aids people connect on different areas. Being one of the factors that colleges pay so much attention to most developing students’ skills. A thorough degree of writing skills makes a personality more well-rounded and enables one’s personal growth. Here is how writing helps people connect and why it is so important to express oneself in written form.

Understanding what you think

Communication is hard if you can’t put your thoughts together in the first place. Writing is different from the spoken word. It isn’t as spontaneous, and follows the rules of structure and logic. Usually, students in high school and college learn to explore complex matters and deliver their opinions on different topics. Such intricate processes of communication can’t be performed off the cuff. A person has to read about the subject, find different perspectives, and, eventually, shape their own understanding. After we learn how to spell words, learning how to write turns into learning how to get down our thoughts in a clear and straightforward manner. In academic writing, whether one prefers short or long sentences, the most important thing is to deliver the idea without making it sound like gibberish. All the phrases must be complete, and all the statements must be unambiguous.

When a student takes up the habit of writing in such a manner, they immediately find their own thoughts clearer. Naturally, they may not start speaking the way they write. However, such a practice is a great help in making their arguments more precise and their expression easier. When a person can think about complex ideas and look at different facets of the same situation, they have fewer difficulties connecting with other people.

Another thing that a person needs to connect with others is understanding what other people feel. From their early years, people become familiar with fairy tales and adventure stories. A person feels a connection with the protagonist and sympathizes with them. They see the traits they have in common with the main character, or find similarities between their own lives and the situations depicted in the story. Such a connection between a fictional character and the reader is achieved through the mastery of writing. The protagonist may be of the same age as the reader, or have the same values or personality traits that the reader aspires to possess. A great example is the Harry Potter series, which became a cultural phenomenon. The seven-book long saga of the boy who lived was an inspirational story about friendship, support, and trust, the values everyone wants to have in their lives. The readers felt fear and even at times desperation alongside the group of friends at the center of the narrative, as well as experiencing genuine joy every time the good guys won.

The ability to feel the emotions of other people gets better with reading. There is no narrator explaining what is going on in a person’s head in a real-life situation. However, the reading experience can teach us what emotional reactions appear in response to an event or an action. Eventually, one understands that what initially seem like individual reactions are in fact quite common and predictable, which allows us to function in a social environment and establish connections with other people.

As we have already mentioned, the Harry Potter series had an immense impact on a whole generation of young people that are now approaching their thirties and probably still waiting for that fateful letter. The number of these people around the world is huge, each one able to understand jokes about the series and remember its most insignificant details. Such a community is called a fandom. As it turned out, a piece of writing created an entirely new field of interest that united individuals from all over the world. People with that similar reading experience will always have something to talk about, even if they have just met.

Writing makes this all possible, as it provides unconnected individuals with shared intellectual experiences. In the case of fiction, for example, there are always characters in the book that readers will like or dislike, and those preferences are another point that they can exchange and connect through. And this doesn’t only apply to fandoms based on fantasy fiction. There are also highbrow reading clubs or elitist communities with shared intellectual experiences, made more variable by their different levels of understanding and individual interpretations of the written words. Whatever the work under discussion is, the point is that it creates the same background for a number of people, making it easier for them to connect.

Connecting past and future 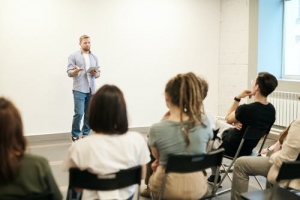 If there were no such thing as writing, we would not be at our current stage of progress. The invention of writing allowed humanity to store and accumulate knowledge. Every major scientific discovery, especially in the past centuries, had an outstanding mind behind it. Yet some major discoveries and inventions were based on those that came before, even though there were huge gaps in time between them. Everything that we know or are able to learn around the world is due to the previous generations having documented their present in writing.

From the chronicles that were written centuries ago, we can learn the history of the modern world, see the big picture of humanity, and realize our own place in this compilation of narratives. The recorded past allows us to discover how much we have in common with previous generations, and to conclude that we, as people, are all pretty much alike. Progress in scientific thought has only been possible due to the geniuses of previous centuries having done future humanity the favor of writing the important things down.

Naturally, today we have more diverse learning activities than just reading. Watching a documentary is faster and more exciting than reading volumes of plain text. Interactive lessons are more effective than memorizing facts. However, these things are only accessible to us for the aforementioned reason.

Returning to the writing activities that students engage in, it is important to understand why they are tasked with completing so many different essays. At first glance, it may seem that checking what one has learned is easier, faster, and more efficient with tests. Indeed, tests do well in assessing the facts that one knows, but they have nothing to do with the practical implication of knowledge. Still, tests don’t involve the interactional and reasoning skills that a person needs to become a professional and well-rounded individual.

When you are assigned an essay or paper, you need to build a clear and intelligible argument on a particular topic. To deliver your idea and prove your point, it is important to see the issue from multiple perspectives. The more essays you write, the better you become at critical thinking. It may not be instantly noticeable, but by flexing your writing muscles, you learn to see things, events, and people in all their complexity. This skill helps a lot when you communicate with a person with a different background. Even if there is little you have in common, you can understand or even take on their perspective on the world, and this is the intellectual connection that writing helps you establish. Additionally, if you are able to think critically, there are more chances for you to end a disagreement without aggression. 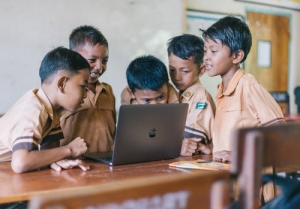 Possibly, the most obvious way writing helps people connect is through texting. It has undergone a long evolutionary process, and today people can communicate in emojis and stickers and still understand each other perfectly. However, it hasn’t always been so. Communicating with someone spatially out of reach used to take time, patience, paper, and coherent writing. As it was impossible to send your friend something the moment the idea came into your head, writing letters was a long and, by today’s measures, excruciating ritual. First, one had to come up with literally everything you wanted to say to that person. Letters included the latest updates on the events that had happened in the author’s life, along with their feelings about them. They were something between a personal diary and documentation of one’s relationship history. Plus, if people exchanging letters were far away from each other, writing required even more emotions that could compensate for one’s physical absence and maintain the image of the writer in the reader’s memory.

Clearly, paper letters are not the most popular means of communication today, but they proved that it was possible to grow and maintain a connection, even at a huge distance.

Writing is an important part of education and shaping your mental picture of the world. It develops one’s ability to express themselves and see the world in all its diversity. A person trained in writing can control their thoughts and use this skill in communication. Even though it may not seem obvious, as the relation isn’t always direct, writing helps people to connect in multiple ways.